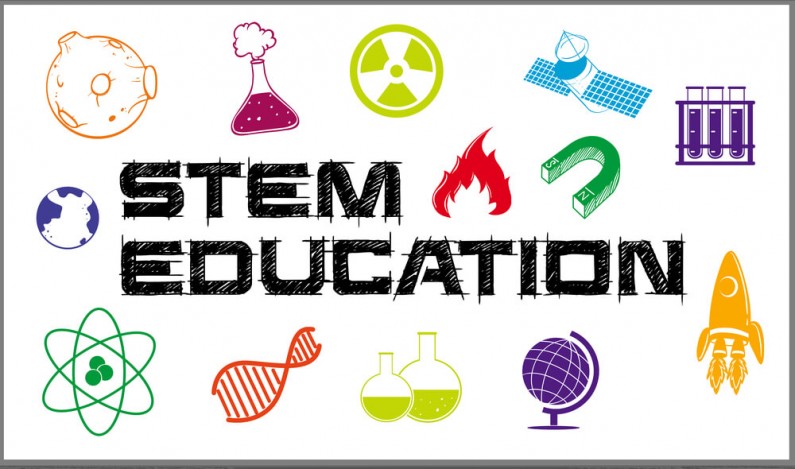 STEM (Science, technology, engineering, and maths) has become an integral part of education. Each STEM component brings valuable contribution to children’s education and learning experience. As educators, we want to inspire and encourage children to set and strive for ambitious goals, and towards careers they want to pursue. We know that children are impressionable and can be influenced by idols or leaders, so it is important to inspire them with STEM role models who they can look up to. We have compiled a list of four STEM role models to inspire children with the wonders of STEM education.

Science, as the first component of STEM, is a common subject taught at schools. Stephen Hawking, an inspiring role model for science enthusiasts, was an English theoretical physicist and was considered to be one of the smartest people in the world. He explored the theory of black holes upon relativity and quantum mechanics. Despite contracting a debilitating disease, Stephen Hawking continued with his studies to prove that black holes emit radiation, which is known as Hawking radiation. His work continues to inspire many around the world today.

Technology has become an instrumental part of education, especially with technological tools and advancements changing the world we live in today. Bill Gates, a global and exemplary role model who is idolised by many, is an American business magnate and software developer. He is commonly known for co-founding the multinational technology company, Microsoft. Bill Gates has gained a mass fortune and owes his success to his passion for helping those in need and to his philanthropic and technological contributions to the world.

Engineering, as the third component of STEM, is much more than just creating and building. Engineers are pioneers who understand how everything works around us, and have always been at the forefront of innovation. Jeff Bezos, an American entrepreneur and computer engineer with an electrical engineering degree from Princeton, is famously known for being the founder of the multinational online retailer company, Amazon. He revolutionised the online marketplace with invaluable advancements and is a clear example of what success is. Jeff Bezos continues to inspire the minds of tomorrow.

Maths, being the last component of STEM, is one of the most important skills required in everyday life. Falling in love with maths from a young age, Katherine Johnson was a famous mathematician and became a member of NASA (National Aeronautics and Space Administration). She was responsible for calculating orbital mechanics, in which she helped the first spaceship to reach the moon! Despite rejections, she overcame setbacks by never giving up and has become a pioneering example and role model for both men and women. Since then, she has encouraged people around the world to pursue careers in STEM.

The breath of STEM careers that our children and future generations can embark on is astounding. Role models act as an inspiration and encouragement for children and can give them the boost of confidence to achieve their goals and ambitions. At NumberWorks’nWords, we know how important it is to have a role model or mentor to learn from. Our students look up to our tutors, as we support them throughout their learning journey with our after-school maths and English tutoring programmes. Get in touch with us to learn more about how we can help support your child and their academic needs. If you would like to learn more, contact your local centre, or book a free assessment today!